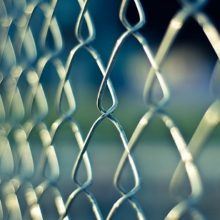 Too much security can be debilitating.  Look at communist countries and even the aftermath of these societies once they attempt to move on from a communist model.

The people who were used to that level of security (borderline poverty-stricken though they were) sometimes struggle to make the transition to a society that is driven by initiative, risk taking, and the thriving economy that comes from a capitalist mode of endeavor.

It’s something to reflect on in your own life.  Where has too much security held you back?  Where does it keep you from flourishing and prospering?

What’s The One Word That Captures The Essence Of Entrepreneurship?

The Greatest Cure For Anxiety

The Naked Journey From Fear to Mastery

You Have To Keep F’ing Going

What’s The Opposite of Fear?

Get Focused: Turn Off All General Notifications