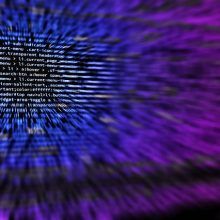 For those of you following along this merry ride, I decided over the weekend to learn Ruby On Rails.  I had been avoiding doing the dive into learning programming at a deeper level on the logic that, "We can't learn everything."

However, I changed my mind for several reasons:

So, here we go.  I chose Ruby On Rails because:

My first line of effort in learning RoR will be through this Ruby On Rails online tutorial.  After getting through that, we'll figure out next steps.

Yesterday, just to get things rolling (and because programming in Ruby on Rails on a Windows machine is known to be problematic), I installed a virtual machine on my Lenovo Yoga Pro 2 and set up Linux Ubuntu.

It was super fun and cool to see a whole new operating system light up on my machine.  I plan to keep using Windows for almost everything.  Indeed, my first efforts at RoR will be in the cloud at c9.com anyways, but it is a blast playing around with Ubuntu and demystifying to finally play with a UNIX-based (virtual) box.

[Added later: I quickly tired of attempting to use a Oracle VM on Windows and or coding online with Cloud9.  Instead, I did a "dual boot" and installed Linux on my computer.  This means I have both Linux and Windows on my computer.  I just choose which to boot up when I power on the computer.  This works way better for anything more than dabbling in coding.]